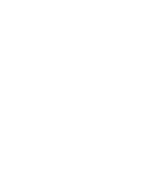 Singapore - December 17, 2020 — A year after they first appeared on smartphone keyboards all over the world, interracial couple emojis are going from group chats to the hallowed halls of Cooper Hewitt, Smithsonian Design Museum. Emojination announced today the acquisition of the interracial couple emoji images by Cooper Hewitt, as a part of their expanding digital collection.

The journey to #RepresentLove began in 2017,  when Tinder proposed a petition to create an emoji that better reflected its real-life couples. The number of interracial relationships had been steadily climbing since Tinder’s introduction in 2012, but interracial couples were not represented by the most universal language of all: emojis. It took more than a year and over 52,000 petition signatures, but the Unicode proposal was accepted and interracial couple emojis are now available to all smartphone users.

“Our #RepresentLove victory marked a major milestone that pushed for a more accurate reflection of relationships and the world,” said Maris Bodell, VP Creative at Tinder. “To have that movement recognized by the Smithsonian Institution...you can’t get much bigger than that!”

The interracial couple emoji will be joined by the hijab emoji, created by Rayouf Alhumedhi. These additions represent a larger effort for museums and cultural institutions to preserve significant parts of digital history and culture, demonstrating how representation can take an emoji from pictograph to permanent part of history. The process of proposing emoji to Unicode is covered in a new documentary, The Emoji Story, which is being released virtually in theaters and on iTunes later this month.

For more on the acquisition, see the full announcement at Emojination.org